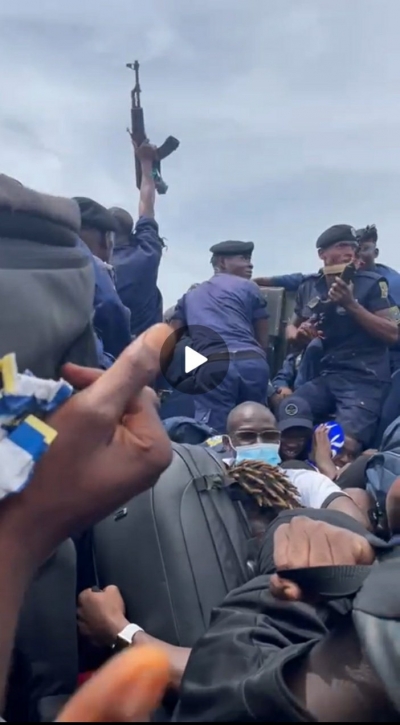 Review of the Day

Matt Targett has signed a long-term contract with Aston Villa, extending his deal with them until 2025.

St Mirren manager Jim Goodwin has revealed that there is interest from three clubs in England and one in Scotland in 24 year old Jamie McGrath. Goodwin has ruled out selling him unless someone pays “a huge sum of money”.

Harry Kane has announced what is in essence a transfer request from Tottenham Hotspur after saying he wants to win team trophies.

With David Beckham desperate to sign Lionel Messi for his Inter Miami project, the Barcelona star has increased speculation after buying a £7m home in South Florida.

Harvey Barnes has been ruled out of Leicester City’s battle to remain in the Premier League’s top four this season. The 23 year old winger is to have more surgery on his left knee and is also going to miss the Euros.

Real Madrid may be without left-back Marcelo for the second leg of their Champions League semi-final at Chelsea. The Brazilian has been called up to monitor a polling station during local elections on the day before.

Southampton fear that striker Danny Ings’ hamstring injury will rule him out of the rest of the season.

RB Leipzig have cofirmed that they will be replacing Julian Nagelsmann, when he leaves for Bayern Munich in the summer, with Jesse Marsch from their sister club Red Bull Salzburg. Marsch has previously worked as an assistant at RBL before taking charge at RBS.

The DR Congo Football Federation have appealed against the eligibility of Guelor Kanga to play for Gabon. Kanga has 46 caps for Gabon after first representing them in 2012.

Wales manager and Salford City co-owner Ryan Giggs has denied assaulting two women and will stand trial beginning on 26th May. The allegations have meant he has had to step down, temporarily at least, from his duties as Wales’ head coach.

Trouble In The Congo

In the DR Congo, players from TP Mazembe were attacked by supporters of FC Sanga Balende after they beat them with a late winner in the 95th minute. The Mazembe players and staff were hit by stones hurled from the supporters, with four players injured. Police had to evacuate Mazembe’s players and staff, with all their luggage via police lorry. Mazembe’s Zambian star Kabaso Chongo told the BBC: “I am still in a lot of pain. I can’t say when exactly I will be back in training but I will need a few days to recover.” Mazembe are the reigning champions and currently sit second in the table behind AS Vita.

Daniel Ek has confirmed that his talk of a possible Arsenal takeover is serious and that he has already secured the funds for a potential deal. Ek told CNBC: “I’m very serious, I have secured the funds for it and I want to bring a very compelling offer to the owners and I hope they hear me out. I certainly didn’t expect this will happen overnight and I am prepared for this to be a long journey. I’ve been an Arsenal fan since I was eight years old. Arsenal is my team. I love the history. I love the players. And of course, I love the fans. So as I look at that, I just see a tremendous opportunity to set a real vision for the club to bring it back to its glory. And I want to establish trust with fans and I want to engage the fans again.”

Since the fall of Siad Barre’s regime in 1991, which led to a prolonged period of civil unrest, Somalia has